music
Takuya Nakamura 中村卓也 バイヲグラフィー
Composer and multi-instrumentalist, Takuya Nakamura has been playing piano, various electronic keyboards and trumpet for decades throughout the world.
Born into a musical family in Tokyo, Japan,Takuya began performing at an early age. He studied at Kunitachi college of music and earned his Bachelor in music Composition.
With his interest in exploring harmony and theory in music, Takuya was introduced to the Lydyan chromatic concept by Geroge Russell, as well as through works and interviews from Toru Takemitsu, Miles Davis and Bill Evans.


After he finished his studies in Tokyo, Mr. Nakamura moved to Boston to study under George Russell at the New England Conservatory of music and earned his Masters degree in composition/Jazz performance.


While at the New England Conservatory, he studied piano and improvisation with Paul Blay and Gerri Allen and trumpet with Tim Morrison (Boston Symphony Orchestra), He performed at festivals at Jordan Hall in Boston with John Cage(1991), Gyorgy Legeti(1992). Takuya continued his studies with master classes and lectures by Touru Takemitsu, Hermeto Pascoa and Muhal Richard.
Takuya performed as an opening act for the Sun Ra Arkestra, one of the most important and instantly recognizable free-jazz ensembles in the world. Other performances during this period included projects working with Steve Drully (Experimental Contemporary Music), as well as John Zorn's "Cobra" at the Knitting Factory, NY. Takuya also toured the United States with George Russell’s Living Time Orchestra.
In 1994 Takuya moved to New York and became an integral and sought after part of NYC's vibrant music scene.  With his diverse background, he has distinguished himself in his compositions and performances by fusing uncommon styles of music. 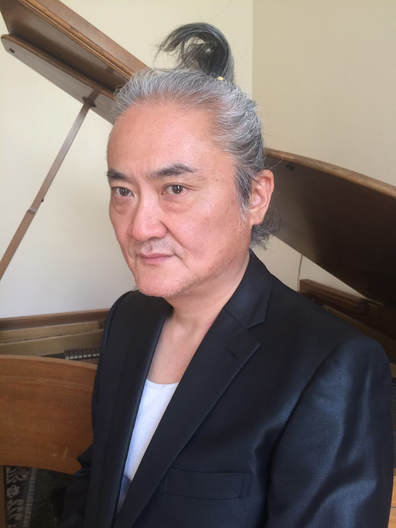